Linklease is your choice for equipment leasing solutions in the United Arab Emirates. Whether it's gaining access to new equipment or unlocking the value of existing equipment, we've got a leasing solution that's as unique as your business.

We established Linklease to provide SMEs across the region with an alternative to traditional sources of finance. That alternative is leasing; ensuring our clients can gain access to the most sophisticated equipment they need to develop their businesses whilst at the same time, keeping their valuable cash and credit facilities free for other purposes.

We cater to a broad range of industries including construction, healthcare, logistics, manufacturing and printing, to name just a few.

In delivering alternative means for SMEs to optimise their use of fixed assets, we also facilitate opportunities for global fixed income investors. That means connecting institutions looking to participate in the regional SME equipment market with our clients who are looking to use that exact same equipment.

Whether you’re a client or investor, you can be assured that in working with Linklease, you’re working with seasoned professionals. With over 25 years of specialist experience in SME asset-based financing, our team has already delivered deals to the tune of $1 billion across more than 3,500 transactions.

Whilst the numbers speak for themselves, if you’d like to speak with us, don’t hesitate to get in touch today to find out how we can meet your leasing or investment needs.

WE PROVIDE ACCESS TO THE EQUIPMENT YOUR BUSINESS NEEDS
You identify the asset you need and we arrange to buy it from the manufacturer if it is new, or the current owner if it is used. Pay a rental amount each month and enjoy the use of the equipment. You then pay at the end of the lease, decide if you want to keep the equipment or hand it back.
READ MORE

UNLOCK THE EQUITY TIED-UP IN YOUR EQUIPMENT
If you’ve already purchased some equipment, we can buy them from you and lease those assets back to you. This will help release the equity that was tied up in those assets. This ‘sale and lease back’ facility increases the working capital available to your business, by releasing the cash value in the assets you already own.
READ MORE

WE HELP YOU MANAGE YOUR EQUIPMENT ASSETS
For companies with even modest volumes of equipment spread over multiple locations, we can take the pain out of inventory management. We offer a range of equipment management solutions, deploying the latest GPS tracking and RFID tagging technology so that you have better control over valuable equipment
READ MORE

Equipment we can lease to you

Linklease helps businesses lease the plant, machinery and equipment they need to develop and grow. Our clients come from sectors including healthcare, logistics, manufacturing, printing, construction and energy

Since we buy the asset you want to use, there’s no expensive upfront outlay that will eat into your cash

Lease payments are an expense, not a long-term debt, making your financial statements look stronger.

Answer a few questions and provide some documentation about your business to ensure you can afford the lease payments.

Agree on the terms of the lease including the monthly lease payment and any usage conditions.

We’ll buy the asset on your behalf from the supplier (Direct Lease) or buy it from you if you already own it (Sale and Lease Back).

Use the asset to grow your business whilst you make ongoing lease payments.

Acquire the asset from us at the end of the lease, or alternatively, either lease it for a further period or hand it back to us.

Steve is a seasoned business and finance leader with over 30 years of proven regional and international experience. Prior to founding Linklease, Steve was the Group Chief Executive Officer of Gulf Finance; a leading SME financing organisation. His success in repositioning the business to deliver strong growth results and rapid GCC expansion was consistently recognised by the industry with Gulf Finance winning the prestigious Banker Middle East Award for Small Business Finance for three consecutive years.

Prior to joining Gulf Finance, between 2004 and 2008, Steve was based in Dubai with Lloyds TSB. As Chief Operating Officer, he was also an appointed Board Member and earlier, joined the organisation as its Head of Commercial and Retail Banking. During these four years, Steve grew the consumer banking business from a single branch to a highly profitable, multi-branch operation across the Middle East.

Leading the development of Linklease’s International businesses in Saudi Arabia, Mauritius, Africa and India is Managing Director Czes Brodalka. Czes is an experienced professional with more than twenty years’ experience in the Financial Services and Business Development fields. Following completion of his studies in Johannesburg South Africa, Czes joined Avis Fleet Services (GE Fleet Services), a joint venture company with Wesbank Corporate specializing in the financing of large Government and Corporate fleets where he held various Senior Management positions during his ten-year tenure. Czes then joined HSBC Middle East, where he specialized in corporate equipment finance as a Senior Manager where he successfully developed and implemented Operating and Finance lease programs. After ten years with HSBC Czes also joined Gulf Finance Corporation, as Head of Commercial Finance with a clear focus on revenue growth and client acquisition through the introduction and development of new business streams and finance structures.

Babar Malik is the Portfolio Director for the UAE, looking after the business in its core market and to develop new channels for the business to engage with its clients. He brings more than 2 decades of leasing expertise to the company. Having served with ORIX Corporation Japan’s ventures in Pakistan, Sultanate of Oman and the United Arab Emirates in positions of increasing responsibility, Babar has developed strong ties with local corporates and developed a network of key relationships. His focus throughout his career has been to grow the balance sheet with a clear focus on sales, marketing and business development.

The bond programme is overseen by Hesham Dahman, who before joining Linklease was with MINT Partners (a division of BGC), as part of the capital markets team, working on debt and equity raises. Prior to this he was at State Street Global Advisors for seven years. For four of those years he was head of client service for the $30bn AuM EMEA cash business – covering institutional clients registered across money market funds and short duration fixed income strategies.

Glenn Scott-Ellis is the Distribution Director for Linklease, who has over 10 years’ experience raising capital globally through the distribution of Listed Bonds. He has experience of raising for a variety of projects including Overseas Property Developers, Mining, Oil & Gas and Energy to name a few.

Nabil Hassan is the Head of Legal Affairs for the company. Nabil has more than 35 years of experience in the UAE, KSA and Bahrain in Corporate Governance, Risk Management, Compliance and Legal Affairs. He started his career in the UAE with Mashreq Bank in 1985, moved to Citibank in 1990 and subsequently joined Gulf Finance Corporation. He joined Linklease in 2016.

Helen Molyneux is the Head of Operations. She has extensive experience in the Middle East having grown up in the region and worked in different professional capacities with various prestigious organizations including legal firms, financial services, recruitment and trading companies. At Linklease, Helen is responsible for managing the Finance/Accounts team, Administration, Asset Management and Human Resource functions. She looks after Linklease operations from the company’s newly expanded location in Dubai Silicon Oasis. 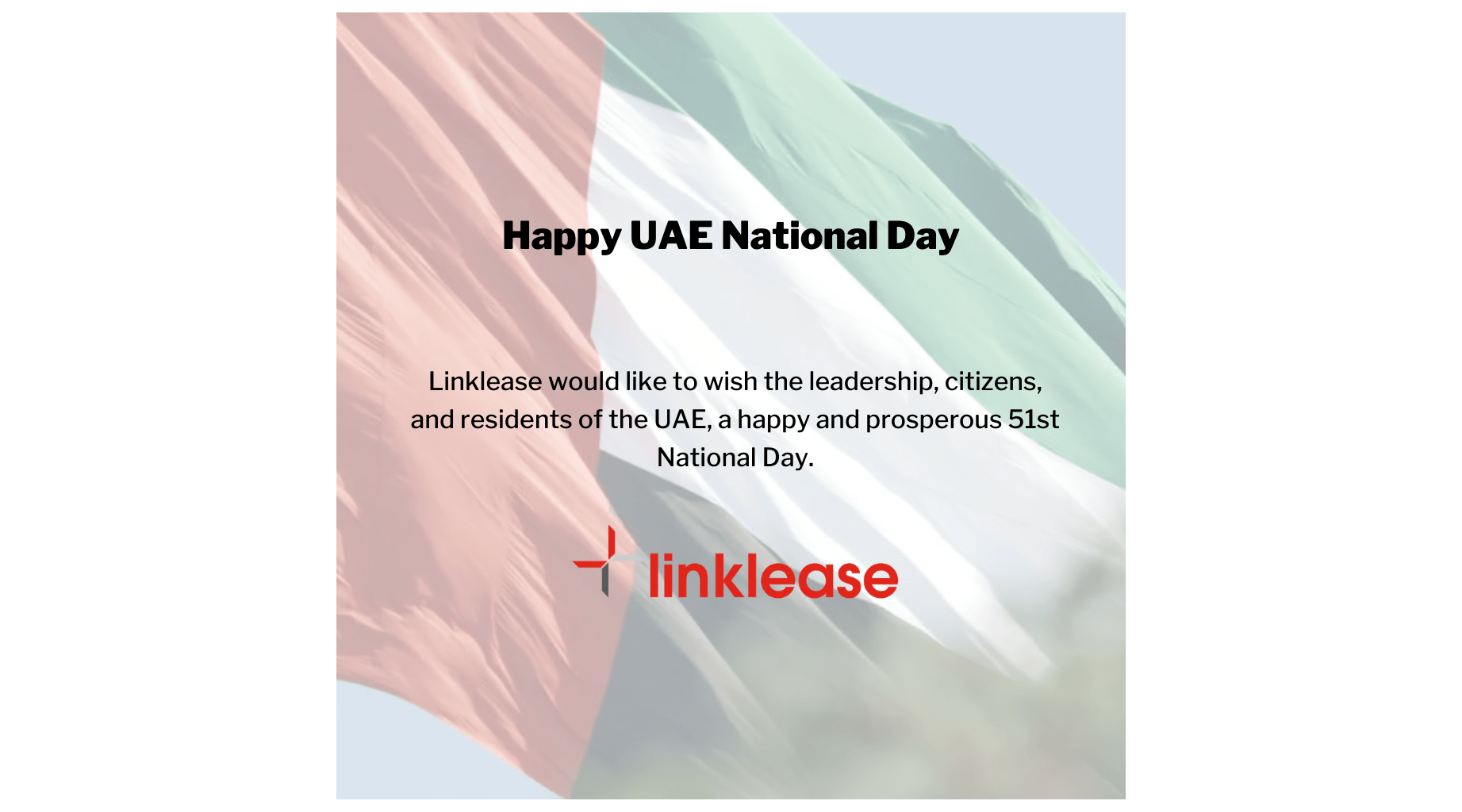 51st UAE National Day Linklease would like to wish the leadership, citizens and residents of the UAE, a happy and prosperous 51st National Day. 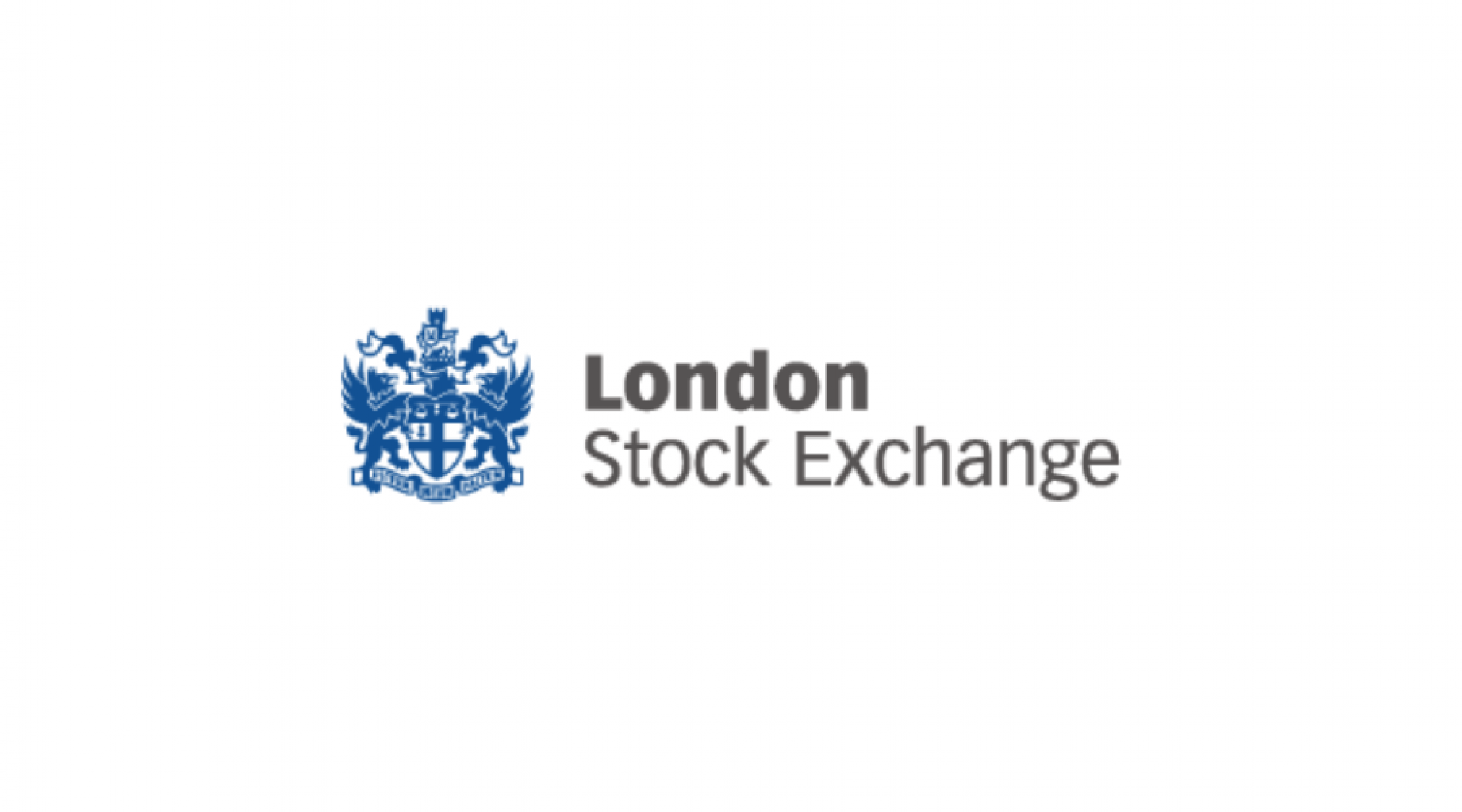 Linklease Finance PLC – Coupon Payment Announcement – 14th October 2022 Linklease is pleased to announce that it has paid, in full and on

Linklease Finance PLC – Coupon Payment Announcement – 19th September 2022 Linklease is pleased to announce that it has paid, in full and on

Linklease Finance PLC – Coupon Payment Announcement – 15th July 2022 Linklease is pleased to announce that it has paid, in full and on

read all the news >

In The News - Khaleej Times

Leading newspaper Khaleej Times published an article about Linklease and our CEO Steve Thomas-Williams and the expertise that he brings in to the market. The article goes on to describe how Linklease is at the forefront of the equipment & machinery leasing for businesses and how this bodes well for all the stakeholders in the region.

Leasing as an alternative mode of finance

How does leasing work

You tell us what equipment you need for your business and we will buy it for you from the supplier. This is called Direct Lease. You will lease/rent the equipment from us for short/medium/long term basis.

If you’ve already purchased some equipments, we can buy them from you and lease those assets back to you. This will help release the equity that was tied up in those assets. This ‘sale and lease back’ facility, can increases the working capital available to your business, by releasing the cash value in the assets you already own.

Whether you own heavy vehicles, power generators or even coffee machines, the importance of good asset management can pay significant dividends through lower misplaced assets, more effective maintenance scheduling and reduced operating expenses.

Using our extensive equipment management experience, we offer SMEs a variety of solutions to better manage equipment, whether that be tracking the location of assets, proving the ownership of equipment, or managing maintenance and insurance scheduling.

To find out more about what we can do to help you optimise your equipment management strategy, please get in touch.

Our services help companies lease and finance equipment in the region.

We guarantee the safety and security of your asset by using the latest RFID, GPS and physical asset verification technologies. This includes options to measure the usage, downtime and compliance with covenants.

As the appointed owner-agent, we offer investor servicing, warranty and insurance options, and provide remediation services in the case of non-payment.

Linklease is also part of a global network for secondary market transactions and utilises a professional panel of valuation experts to ensure the integrity of every transaction.